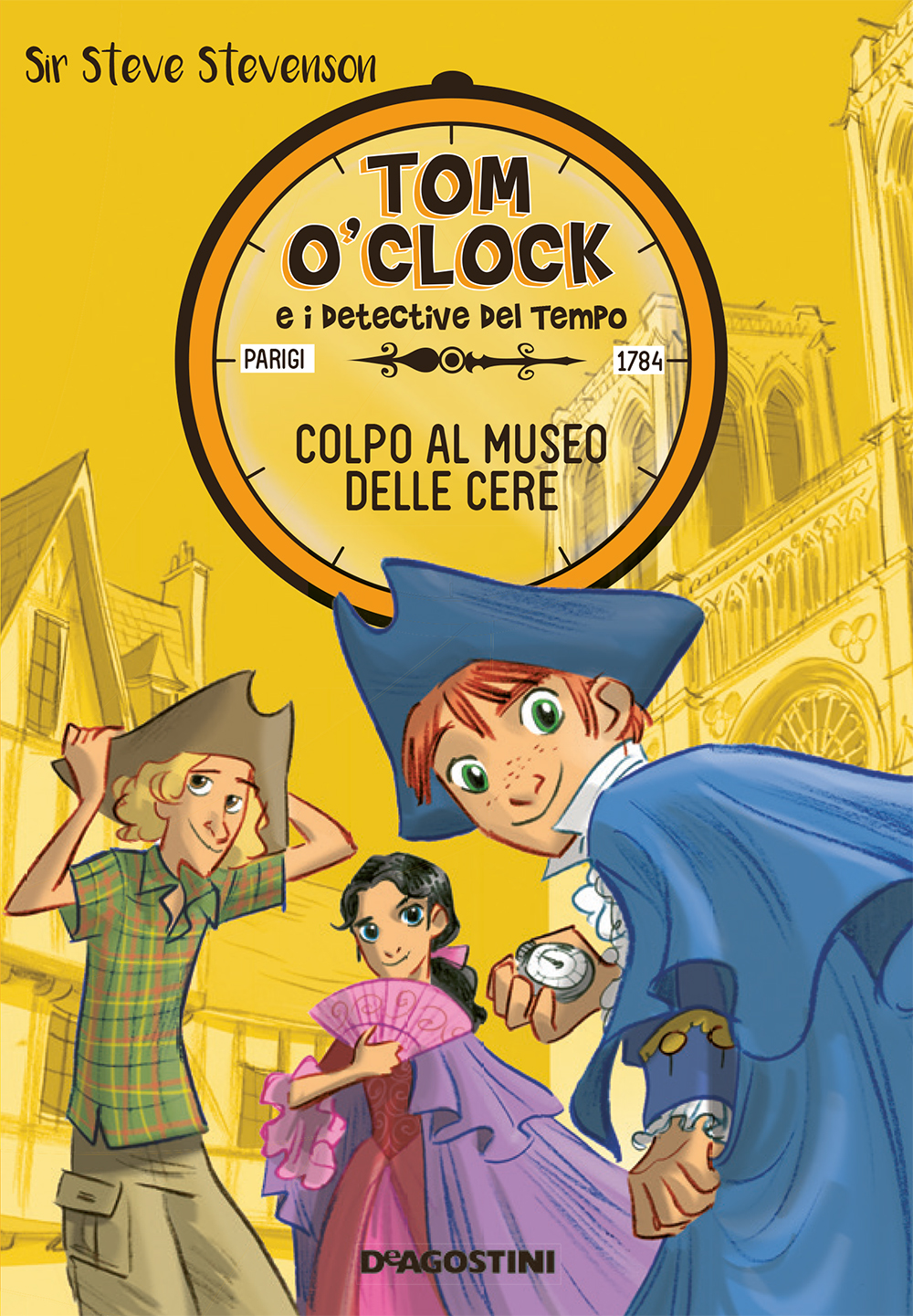 A dynamic trio of kids from New York, Tom O’Clock, Josh and Annika, are detectives with the mysterious Wells Detective Agency. Tom’s got a knack of detecting and making sense of evidence no one else even notices, while Josh can charm people into giving him important information, and Annika is brave and throws herself into danger. Their job is to go back in different epochs to investigate cases that could alter the course of the events as we know it.
Historically accurate settings packed with riveting action and adventure.
Bestselling author with more than 1.5 million copies sold and author of Agatha Mystery, translated in 26 languages.

Pseudonyn of Mario Pasqualotto. A trained psycholinguist, Mario worked for over a decade publishing roleplaying games in Italy and England, and served as editor, translator and writer on over 50 publications. He’s also the author of bestselling series A school for Pirates, translated in 12 languages worldwide. His motto is “every person is a beautiful story”.